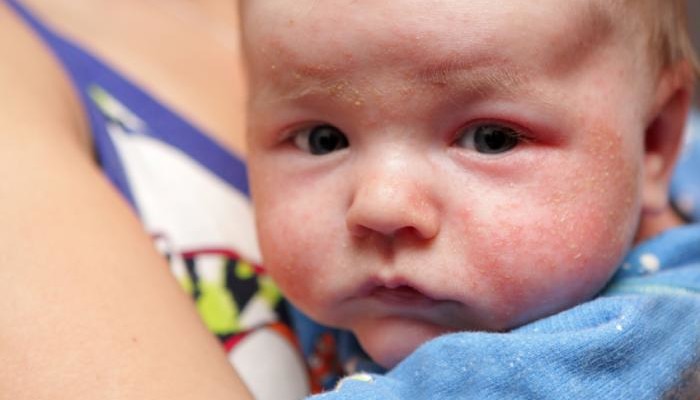 The new study is published in the journal Allergy.

Previous research has linked birth month with various health outcomes. A 2015 study, for example, found that 55 diseases correlate with season of birth. Researchers from that study concluded that babies born in October had the worst lifetime risks.

And another study suggested that summer babies grow up to be healthier adults, pointing to maternal vitamin D exposure during pregnancy and its effect on offspring.

However, although there have been many studies into birth month and health risks, until now, little has been known about how a so-called one-time exposure – such as season of birth – has lasting effects.

To investigate further, researchers from the University of Southampton in the UK conducted epigenetic scanning on DNA samples from people born on the Isle of Wight off the southern coast of the UK.

The term epigenetics refers to any process that changes gene activity without changing the DNA sequence itself. These changes lead to modifications that can be transmitted to other cells.

Although epigenetic processes are a natural part of our body’s functions, there can be negative health effects if they happen improperly.

The most-studied epigenetic process is DNA methylation, which is the addition or removal of a methyl group. It was first identified in human cancer in 1983, and it has since been linked to many other health conditions.

“Epigenetic marks are attached onto DNA,” explains Prof. John Holloway, study author from the university, “and can influence gene expression (the process by which specific genes are activated to produce a required protein) for years, maybe even into the next generation.”

After measuring whole blood epigenome-wide DNA in 367 participants, the researchers found that DNA methylation was associated with birth season, and it was still present 18 years later.

Additionally, the researchers were able to link the birth season epigenetic marks to allergic diseases. In detail, people born in autumn had an increased eczema risk, compared with those born in spring.

Their results were also validated in a cohort of Dutch children.

“These are really interesting results,” says Prof. Holloway. “We know that season of birth has an effect on people throughout their lives. For example generally, people born in autumn and winter are at increased risk for allergic diseases such asasthma. However, until now, we did not know how the effects can be so long lasting.”

Prof. Holloway adds that their study has linked DNA methylation with season of birth and risk of allergy, but he cautions that, while the findings have clinical implications, they “are not advising altering pregnancy timing.”